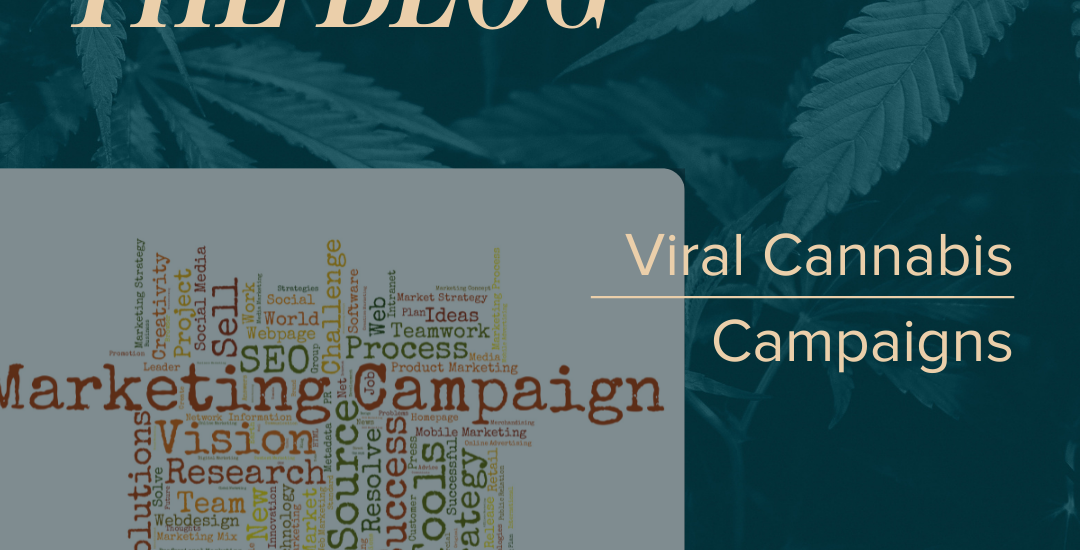 Having a marketing campaign go viral is a difficult thing to achieve. It requires the right circumstances, message, and uniqueness to make it stand out from the crowd. Three viral cannabis campaigns include The Releaf Center’s cannabis caviar, Celebrity Strains, and a Cannabis Farmer’s Market.

Cannabis caviar is buds soaked in hash oil and then rolled in kief. The Releaf Center started selling theirs for $60 a gram. However, when the Denver Westword wrote an article about it, they mentioned that extrapolating the price per ounce could cost $1,400. The blog went viral, catching much attention.

Naming a strain after a celebrity has caused many to go viral. From Dank Sinatra to Obama OG, these strains tend to garner attention. Coming up with one at the right time and getting the word out can garner media attention.

The first medical marijuana farmers market launched in July of 2014. This brand new idea gave consumers more reliable access to cannabis products. As it was something new that had never been done before, it generated plenty of media attention.

So what do these campaigns have in common? They were the first of their kind. A creative idea that consumers have never seen before drives up curiosity and can make it much easier to get traction in the press. Bringing a new idea into the industry not only garners attention but also ensures that whoever started it is the go-to source when quotes are needed from industry stakeholders on the topic.

Interested in opening a dispensary? Reach out to info@thecannabisbusinessadvisors.com or call 602-290-9424

Looking for a DIY solution? Shop our templates.